A staple during Christmas, this traditional Mexican dish may take time to prepare, but is well worth the wait! Tamales are one of the many staples of our traditional diet. But unlike tortillas and salsa, they hold a special meaning, coming solely for celebrations, holidays and weddings.

“How do you eat tamales? Don’t eat the husk! This is a common mistake for tamal newbies. Simply unwrap, scoop out with a fork and enjoy with a spoonful of salsa on top!“ 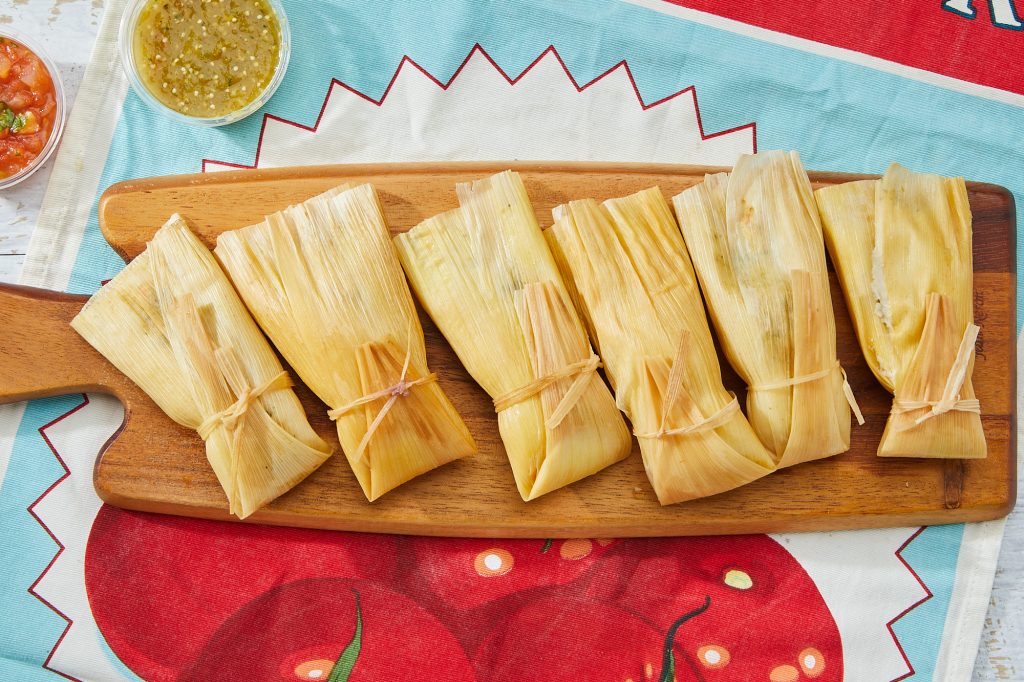 Richie’s tamales are made with all-natural corn masa (gluten-free), amazing fillings and wrapped in corn husks. Four times a year, delicious tamales are delivered safely to your door or pick up from Richie’s Salsa Kitchen in Preston! Fully cooked and refrigerated, tamales are easy to re-heat and eat.

Hand-made tamales have been a significant part of Mexican life for thousands of years. They’ve been around much longer than tortillas. The origin of tamales can be traced all the way back to pre-Columbian Indigenous people of Mesoamerica.

The foundation of the tamal is masa or maize dough. It’s cushiony, soft and can be eaten alone or filled with vegetables, meat, or cheese. Many Indigenous tribes of Mesoamerica regarded maize as supremely sacred, believing that the Gods provided corn specifically to keep humans thriving.

Tamales are a tradition that brings families together on holidays and connects them to their ancestral roots. Many Mexican American families hold gatherings to make tamales as a clan. Because it’s a labor-intensive process, these gatherings give families the opportunity to talk, connect, and share an age-old tradition.

If you’ve eaten a tamale, or seen someone else eating a tamale, it may be obvious you remove the husk of a tamale before eating. It definitely wasn’t obvious to America’s 38th President Gerald Ford.

On the now infamous day of April 10, 1976 Ford was campaigning for re-election and found himself hungry and touring the Alamo in San Antonio Texas. Lucky for him there was a plate of tamales at the event. Ford made the fateful decision to eat the tamale husk and all, choking a little as he swallowed.

The incident was caught by the media and went viral so-to-speak, thus creating the Great Tamale Incident of 1976. Ford ended up losing his bid for president to Jimmy Carter. Some say the election was lost because of a tamale. Never underestimate the power of food.

Fresh and healthy flavours are key to the Mexican cuisine I grew up with in California. Made locally in Melbourne, my Cal-Mex style food is always handmade in small batches using fresh, real ingredients. Every product is sealed by hand, every package is made to be opened and devoured. Reap the benefits of delicious, mouth-watering goodness!

We only use fresh garlic for the best flavour. A s

Richie's full range of fresh salsas and burritos a

One thing you can always count on? Regardless of t 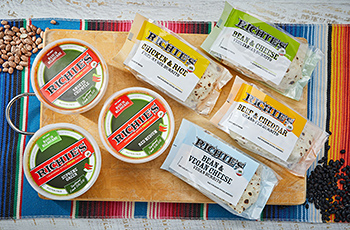